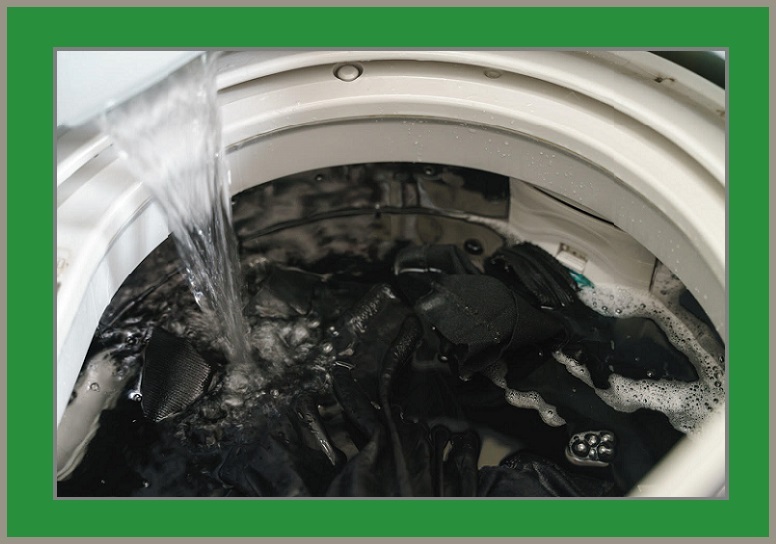 Water scarcity is an issue we normally associate with the western United States. But a recent U.S. Forest Service study predicts that Ohio and the rest of the Midwest also will be threatened by significant water shortages in the next few decades.

And the U.S. Government Accountability Office (GAO) expects that all but 10 states will experience shortages as early as 2024.

In such an environment, greywater irrigation systems will become increasingly popular, and perhaps even mandatory for commercial properties.

What Exactly Is Greywater? 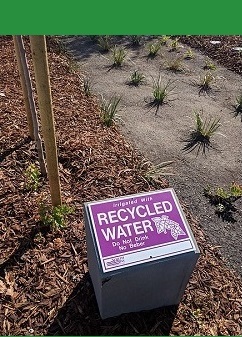 The city of San Antonio, Texas, has the nation’s largest direct recycled water system, with a capacity to deliver about 29 million gallons per day of treated recycled water, using more than 130 miles of pipeline.

The name comes from its rather murky appearance, caused by traces of dirt, hair, grease, food and some household cleaning products.

Unlike “blackwater,” greywater has had no contact with any human waste from the toilet, sewer system, or from washing diapers. So while it may look dirty, greywater is a safe – and even beneficial – irrigation source. The same greywater that currently pollutes our lakes and rivers with its trace biomaterials becomes valuable fertilizer to plants.

(Greywater is not potable, however, and should never be consumed by humans or animals.)

Greywater is often confused with reclaimed (or recycled) water. And the terms are often used interchangeably. But they are not the same.

Recycled water is sewer water that has been cleaned with chemicals at a sewage treatment plant. It is then delivered to an entire community via purple-colored pipes, and is used primarily to irrigate parks, golf courses and other public areas.

Components of a Greywater System

Greywater irrigation is comprised of three primary stages: collection, storage and use. This can be as simple as a single diverting valve on a home’s washing machine, or a complex system of pumps, filters, storage tanks and pipes. The result is filtered greywater delivered directly to lawns, gardens and other landscaped areas via the property’s irrigation system.

The most basic greywater system uses a three-way valve to connect a clothes washer with a home’s irrigation system. Another excellent source of greywater is condensate from an air conditioning system, which can produce as much as 20 gallons of water per day. Integrating with a smart irrigation controller ensures water efficiency.

The water may be delivered via driplines or spray heads, but all pipes and fixtures must be purple and designated as greywater conveyors of non-potable water. The water may be used to irrigate ornamental plants, fruit trees and vegetable plants other than root vegetables, but it must not touch any edible portion of the plant.

Benefits of a Greywater System 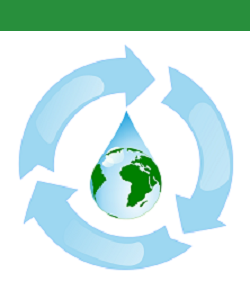 Greywater can be reused and recycled in Ohio with a permit from the local health department (Ohio Code 3701-29-17).

All pipes and fixtures conveying greywater must be purple or marked with a purple stripe and be labeled “Non-potable water, do not drink.”

There are four types of greywater systems permitted in Ohio:

TYPE 1 recycles less than 60 gallons per day. Used for subsurface irrigation of gardens, lawns and landscape plants during the growing season.

TYPE 2 recycles more than 60 gallons per day but less than 1,000 gallons per day. Also used for subsurface irrigation of gardens, lawns and landscape plants during the growing season

TYPE 3 recycles hand-carried gray water that is poured through a screen into a disposal sump tank before discharging into leach field trenches. Commonly used in campgrounds, Amish homes and remote vacation homes.

TYPE 4 recycles treated greywater to be reused year-round outside or inside buildings. Water is stored for no longer than 24 hours before reuse. Outdoors, used for green roofs, living walls, surface and subsurface irrigation of lawns, gardens, and landscape plants. Indoors, used to irrigate houseplants or living walls.

What It Means for Irrigation Contractors

The experts at Rain Bird believe that many (if not most) of new commercial building projects will soon require greywater or some other water-harvesting system be integrated into their landscape irrigation designs. (Hunter Industries currently uses greywater irrigation at all of its operational sites.)

In other words, irrigation professionals who haven’t yet designed and installed these systems will do so in the near future.

Rain Bird’s Design Guide for Non-Potable Water Irrigation Systems can get you started on ways to incorporate greywater irrigation in your menu of services.